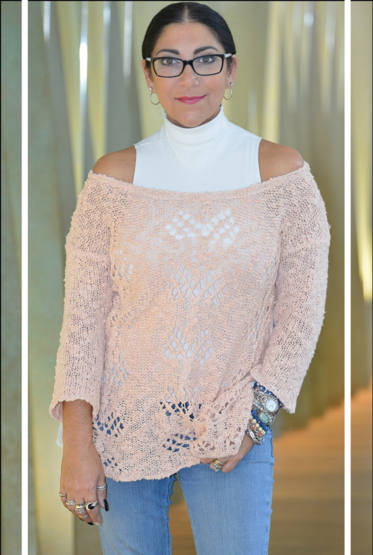 Toni D'Antonio grew up in Rhode Island with her proud Italian American heritage playing a part in many facets of her life. Maintaining strong family ties, this only child has been cultivating her imagination since age 7 when she decided to entertain her family by recording a fictional talk show voicing ALL seven characters herself. Thus, her acting career comprises twenty years of credits in theater, studio and independent films, television, commercials, industrials and voiceovers.

Commercially, she has been seen as the face of iShares​ and the US Army​ and heard as the voice of Fidelity, Kayak, Crestor, Humira, Walmart, Mylicon, Cumberland Farms and Publix Market, to name a few. Her theatrical credits include TV shows Law & Order SVU, The Blacklist, The Mysteries of Laura, Taxi Brooklyn, Blue Bloods, The Following and Nurse Jackie and feature films Nasty Baby with Kristen Wiig, Beach Rats directed by Eliza Hittman, Where God Left His Shoes with John Leguizamo, Riding In Cars With Boys with Drew Barrymore, Faraway Eyes with Christina Ricci, and Alto with Diana DeGarmo, Annabella Sciorra, and Ward Horton, among others.

A passion for all things creative and a career in front of and behind the camera that spans over 25 years, Toni has worked as a Producer, Script Supervisor, 1st AD, 2nd AD, HMU, Production Supervisor/Coordinator, Casting Director, Location Scout, Production Consultant as well as an Actor and Voice Artist. She has extensive knowledge about the film and television business and an immense respect for the collaborative process. Full of a variety of assets, her "get it done" mentality is unstoppable.

She opened SHAKE THE TREE PRODUCTIONS in the hopes of expanding horizons for multicultural awareness using character driven projects, ethnic diversity and non-gender specific hiring of cast and crew. She hopes to keep the true meaning of independent film alive by adapting to today's market utilizing all new media and it's cutting edge technology but staying true to the company's motto...Dedicated to the art of storytelling. Her first full-length feature film, ALTO, has shown at over a dozen festivals and garnered such awards as Audience Award Winner (Visionfest Domani Film Society Film Festival 2015) and Jury Award Best Women’s Feature (North Carolina Gay and Lesbian Film Festival 2015) among others. Alto was picked up for US and Worldwide distribution by the venerated company, Multicom Entertainment Group, Inc., and can be found for rental or purchase on Amazon, iTunes, Vimeo, and other VoD platforms.

Several of her writing endeavors are in development, including AN UNFAMILIAR LIFE, FALLEN PRINCESS, NO ALTERNATIVE and TAKE THE SHOT. Her first $1M+ feature, a Lou Martini, Jr. scripted feature called HONOR (in which she will also star), is slated to shoot in 2020, to be directed by Thomas Ian Nicholas (American Pie), who will also star.

Together with her production team, they have shot and completed three scripted television pilots, SOBER, STAFF and BREAKHOUSE, four unscripted reality series pilots, WHACKED! WHERE ARE THEY NOW?, FAMILY LOT, JUSTICE DELAYED, and THE B & B DIARIES​, as well an award-nominated music video, THAT WAS THE WHISKEY, for the critically acclaimed band Antigone Rising, and they have multiple projects on the slate for the next five years.

Toni strives to give back by volunteering for several organizations. Having been a first responder after Hurricane Sandy in the Breezy Point communities, she worked tirelessly in conjunction with The Roxbury Volunteer Fire Department to help the community in its recovery efforts. She maintains her corporate sponsorship of the My Destiny Foundation, Inc., helping to raise awareness for early detection of breast cancer, and she is an avid supporter of Broadway Dreams and Limitless Child International.

A proud member of NY Women in Film and Television, she has an immense respect for the collaborative process that drives her to continue discovering, learning and educating through artistic expression.